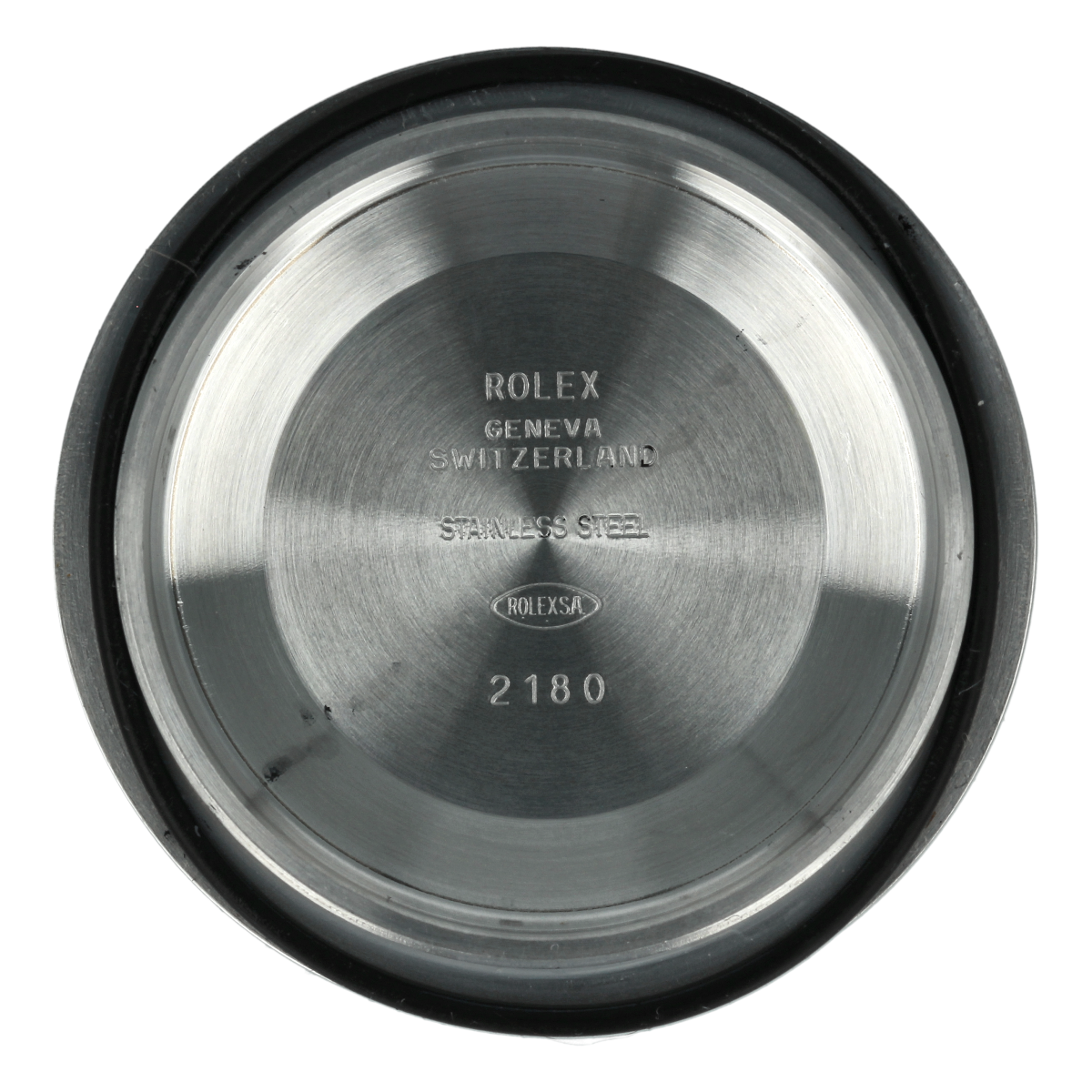 Over all these years of the production of the GMT-Master II, there were dial variations with a very short production run, which are rare and very sought after today. One of these dials is the one we offer: the Roman numeral "II" in the model name looks like 2 sticks. Hence the name – "Stick Dial". These dials were produced by Rolex around 2007 and were the last of the classic models before the ceramic bezel 116710 was introduced.

Another special feature of this GMT-Master II is the improved calibre 3186, which was developed in the end of the Z case numbers for the successor reference 116710 and is still the heart of the current GMT model. The original 16710 models contained Rolex’s time-tested and reliable calibre 3185. In BaselWorld 2007 Rolex officially announced the end of production for the long running 16710, to be replaced with the newer 116710. The newer version watch would feature a Cerachrom bezel and an upgraded 3186 movement Rolex’s Parachrom hairspring. The final production pieces of the 16710 were delivered with the newer 3186 calibre. Only a relatively few pieces of the 16710 were delivered with the 3186 movement, making it rare and collectible. Calibre 3186 made its debut in the then-new yellow gold GMT-Master II Ref. 116718 at BaselWorld 2005. Like all of its predecessors, since the initial release of the GMT-Master II 1983, calibre 3186 also features an independently adjustable 24-hour hand to indicate a second time zone and operates at a frequency of 28,800bph (beats per hour). However, new to the calibre 3186 was the blue Parachrom hairspring. The blue Parachrom hairspring is not only anti-magnetic but it also offers better resistance to temperature swings and according to Rolex, it is up to 10 times more accurate than a traditional hairspring when subjected to shocks. While Rolex introduced the Parahcrom hairspring in 2000, the enhanced blue Parachrom hairspring was unveiled in 2005 in calibre 3186. It gets its distinct color from a patented surface treatment process that reinforces long-term stability. Calibre 3186 offers a power reserve of 48 hours. It’s COSC-certified automatic movement that offers the following functions: center hour, minute, and seconds; second time zone via 24-hour hand; instantaneous date and stop-seconds (hacking). It’s an in-house movement built and developed entirely by Rolex. With the exception of the Daytona that incorporated the blue Parachrom back in 2003, none of the traditional movements had this hairspring, nor any of Rolex latest developments.

In perfect condition. Complete with original box and papers.

As the world became a global territory for industrialization, a growing population in the need to travel between countries boosted civil aviation. In 1953, Rolex was entrusted to design a technical wristwatch specially for Pan Am’s crew. The result of this important task was the GMT-Master: able to read the time in 2 different time zones simultaneously. But as in every Rolex development, this model evolved into GMT-Master II. With the introduction of the GMT-Master II came a slightly thicker case, designed to accommodate the newly independent 24-hour hand. The reference 16710 was presented in 1989 as successor to the reference 16750. For the first time the 24-hour-GMT hand could be adjusted separately, allowing for simultaneous reading of time in 3 different time zones. The independently moving 24-hour hand allows the wearer to sync with an additional time zone without disturbing the central hour, minute, and second hands. Another distinctive feature of the GMT-Master II is the addition of a red and blue "Pepsi" bezel, that can be rotated to sync with local time. In total, the GMT-Master II is capable of tracking up to 3 time zones simultaneously. Rolex GMT-Master II 16710 was manufactured for a long period between 1989 and 2007.
Do you have a watch (Rolex, Audemars Piguet, Patek Philippe, Richard Mille or any of the leading brands) and want to receive a FREE non-binding valuation? Contact our expert here.