Chronicles of a Fifty Fathoms

The longing for our hometown and the wave of nostalgia that can overtake us, is the natural response after a long period of absence. The colors of a landscape, sounds, scents or even seasons of the year inevitably provoke an emotional moment through cherished memories. However, there’s also a very interesting sentimental effect in people created by certain inanimate objects when these come back to their place of origin. Either for its historical, cultural, or sentimental relevance some objects are capable of arousing emotions as intense as a memory that can take us back to a moment in the past.

It was early November 2018 in a day that was fairly humid and cold (nothing unusual for this time of the year) that this journey back home began for the Fifty Fathoms. At the International Airport in Geneva, it may seem like a cliché finding that almost every advertising space is sponsored by luxury watchmaking brands. The walls, the clocks on every hallway and subtle details wherever you turn revolve around the same subject: the world of fine watchmaking.

This of course, makes perfect sense, when you have arrived in the capital of a country that takes a large part of its national pride as the ancestral home of fine watchmaking. 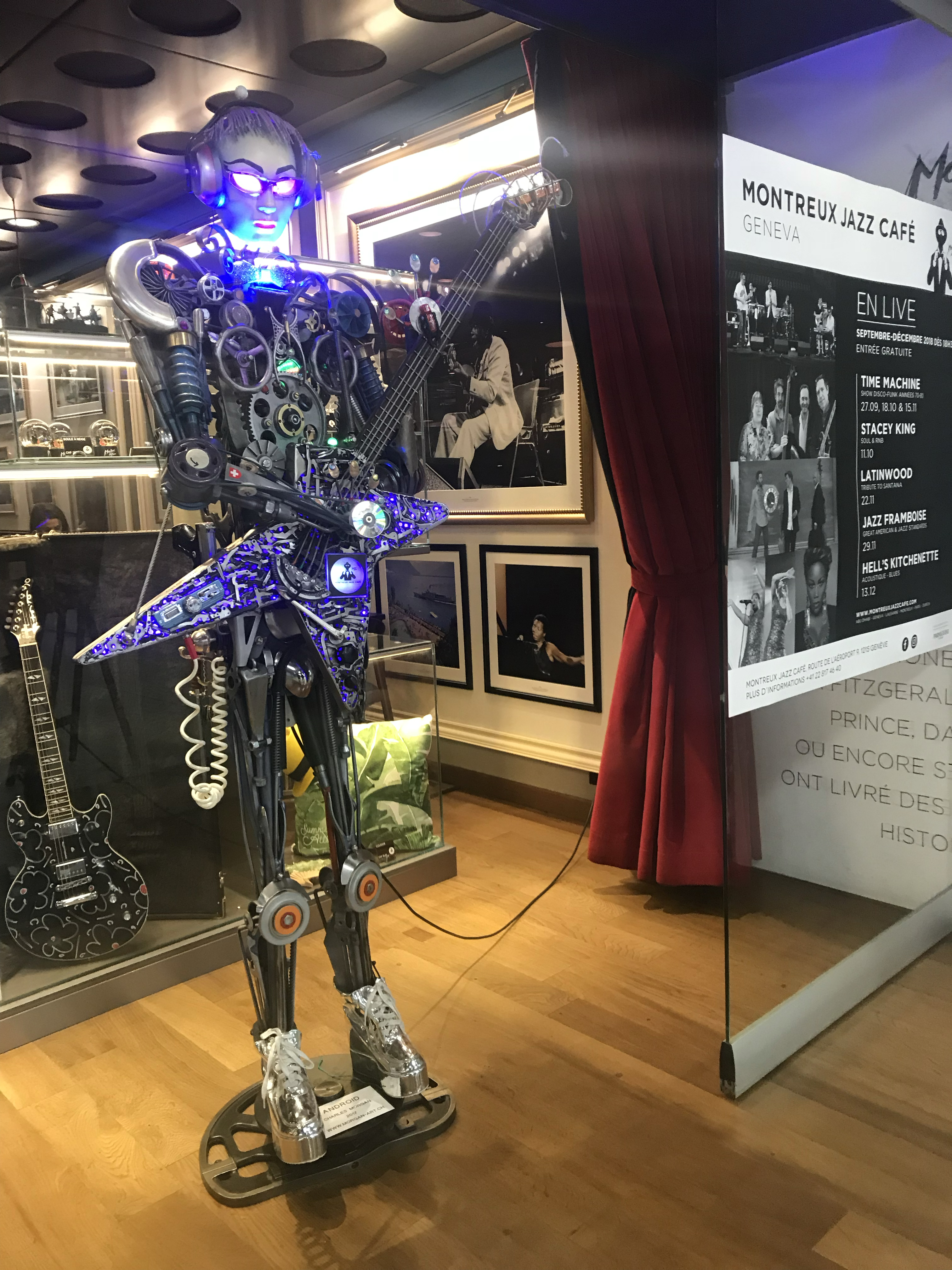 On the way to the cradle of horology, the Vallée de Joux, the spectacular landscape is a total autumnal work of art. The mountains starting to show off their first seasonal snowy peaks, multicolored trees, wet grass and herds of cattle grazing was the typical Swiss stamp for a picture-postcard. But the best was yet to come. 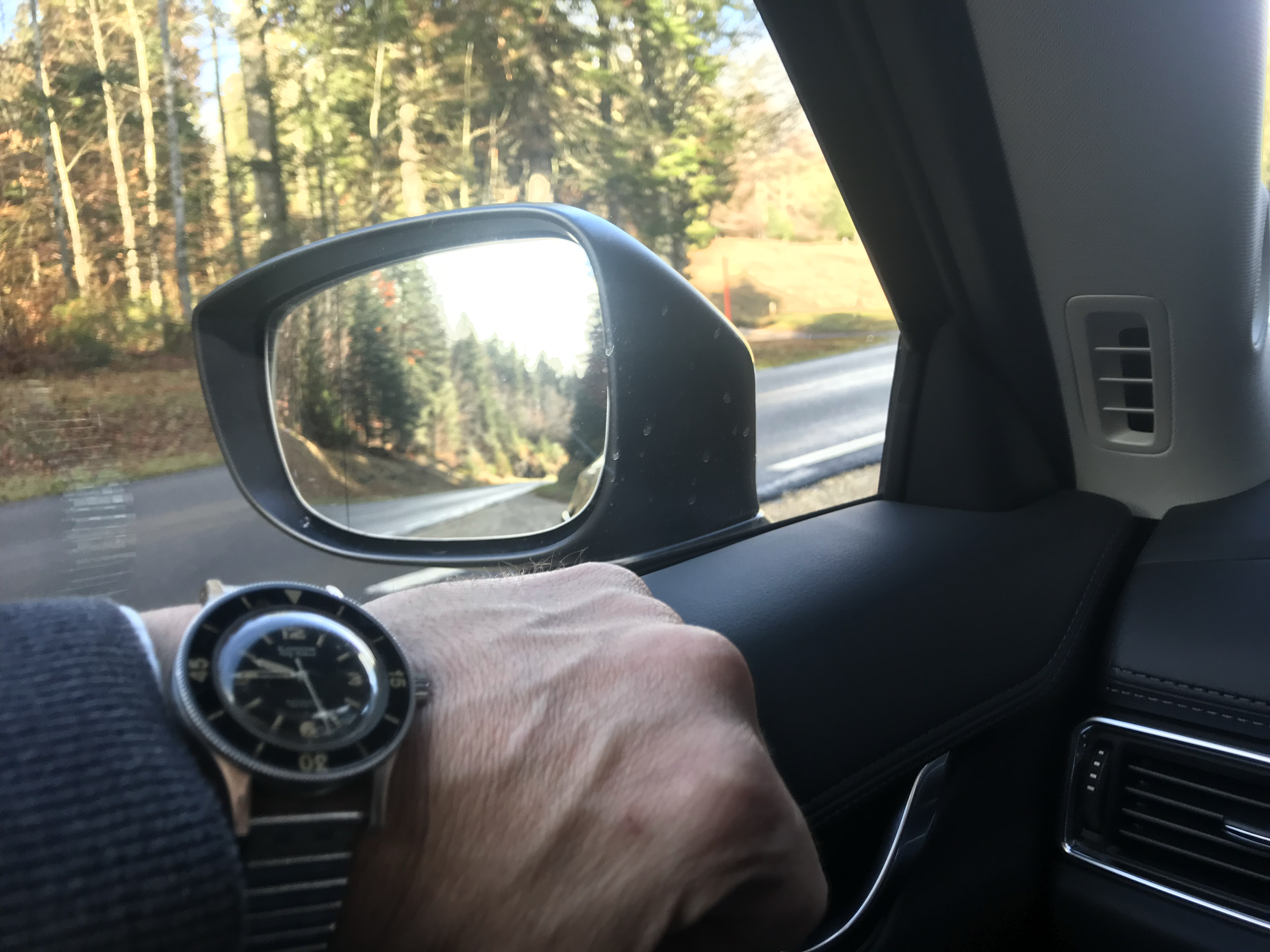 Arriving at Le Brassus was pretty much as going through a passage to the past. A past practically intact for decades with subtle notes of modernity almost forced by the need of progress. Just entering this unpretentious and picturesque village, the feeling of amazement is immediate. The image that could be associated to certain brands by the luxury concept and exquisite design from their stores, comes down to buildings that seem taken from their own history books: simple and traditional, but reflecting the spirit of their origins.

Our arrival to “La Ferme” (or “the farm”, the workshop now renamed by Blancpain built from an old mill in 1891) brought some sort of fascination as a very cheerful Mr. Mathieu Rochat welcomes us at the doorsteps. The interest aroused by this Fifty Fathoms corresponded precisely to that nostalgic effect produced by having between ones hands a piece that embodies the brand’s legacy and the opportunity of restoring it to a better condition.

After a warm reception and introduction to the premises, we had the most interesting visit to what today houses the decorating and engraving workshops and the place where the grand complications come to life.  Having the privilege to see at extremely close quarters the craftmanship of the Master watchmakers behind the most amazing creations was unexpected. But the next stop promised to be the cherry on the cake: the Vintage Attelier.

Here, the passage to the past was literal.

From the rustic style (which differs from that of the rest of the building), the wood aroma, to the instruments and tools being used, walking into this place was like watching a scene from another era. One could think of it as something deliberately set to decorate or create an atmosphere for a working place. But the real purpose (as the tour went on and explained) is so obvious that you could almost feel bad for not figuring it out before: for a company that sets its foundations on the preservation of their timepieces and the utmost respect to their origins, it becomes clear that the work procedure for such pieces should be performed with the same techniques and resources available at the time of its creation. This is where the savoir-faire and true Blancpain preservation spirit is shaped.

Nevertheless, modern technology would be (and is) necessary if it doesn’t interfere with the preservation process of the very rare specimens that reach the experienced hands of Master watchmakers who embody the purest craftsmanship.

The enthusiasm in Alanig Gaillard was real. An extraordinary example came to his hands to rebuild piece by piece, its history. The process ahead was complex yet very clear: every element and detail which gave this watch its unique personality would be respected and preserved. The aging in the indexes and hands, the signs of use as well as every other special detail should remain intact as long as it does not compromise proper operation of the watch. Preservation before replacement. 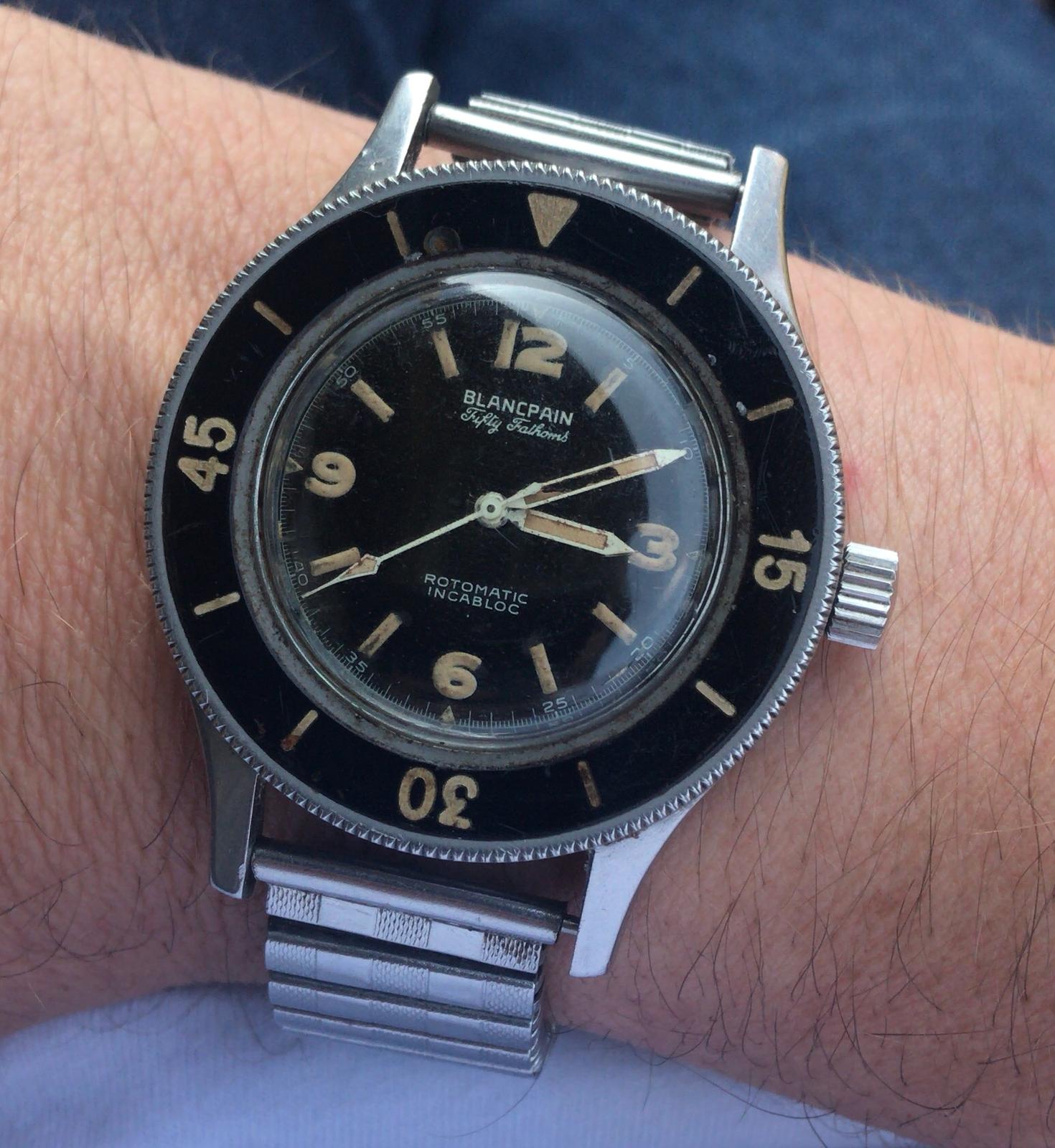 Although the process was thoroughly explained, questions still remained. Could the exact manufacture date be determined? Were all its elements in their original condition? Could its provenance be confirmed? Was it a specific series production? Did the engravings in the backcase correspond to the series? As these questions were shot at Mr. Gaillard, I tried to read any sign on his face that could point to any answers. However, and with a very kind gesture, he asked us to wait until the “Analysis Report” was conducted from which they would try to answer as much questions as possible.

We knew those answers would not arrive any time soon, but also that it was worth waiting. So, with some sorrow (again, that rare nostalgic effect that some objects produce), the watch was left in the best hands to begin its service and preservation journey. Ever since this watch became part of our founder’s personal collection, he knew that taking it back home was the best way to pay tribute to one of Blancpain’s most emblematic manufacture: the Fifty Fathoms.

With some spectacular gifts and a delicious cheese from the region provided by the warm, human team that made our visit memorable, Anne Philip, Brigitte Walther, Mathieu Rochat, Alanig Gaillard and all the Master watchmakers that shared their valuable time with us, we began our way back to Barcelona with many presents and the greatest souvenir of them all: a new perspective of fine watchmaking founded from the passion of an ancestral office that only very few Maisons like Blanpain know how to preserve. 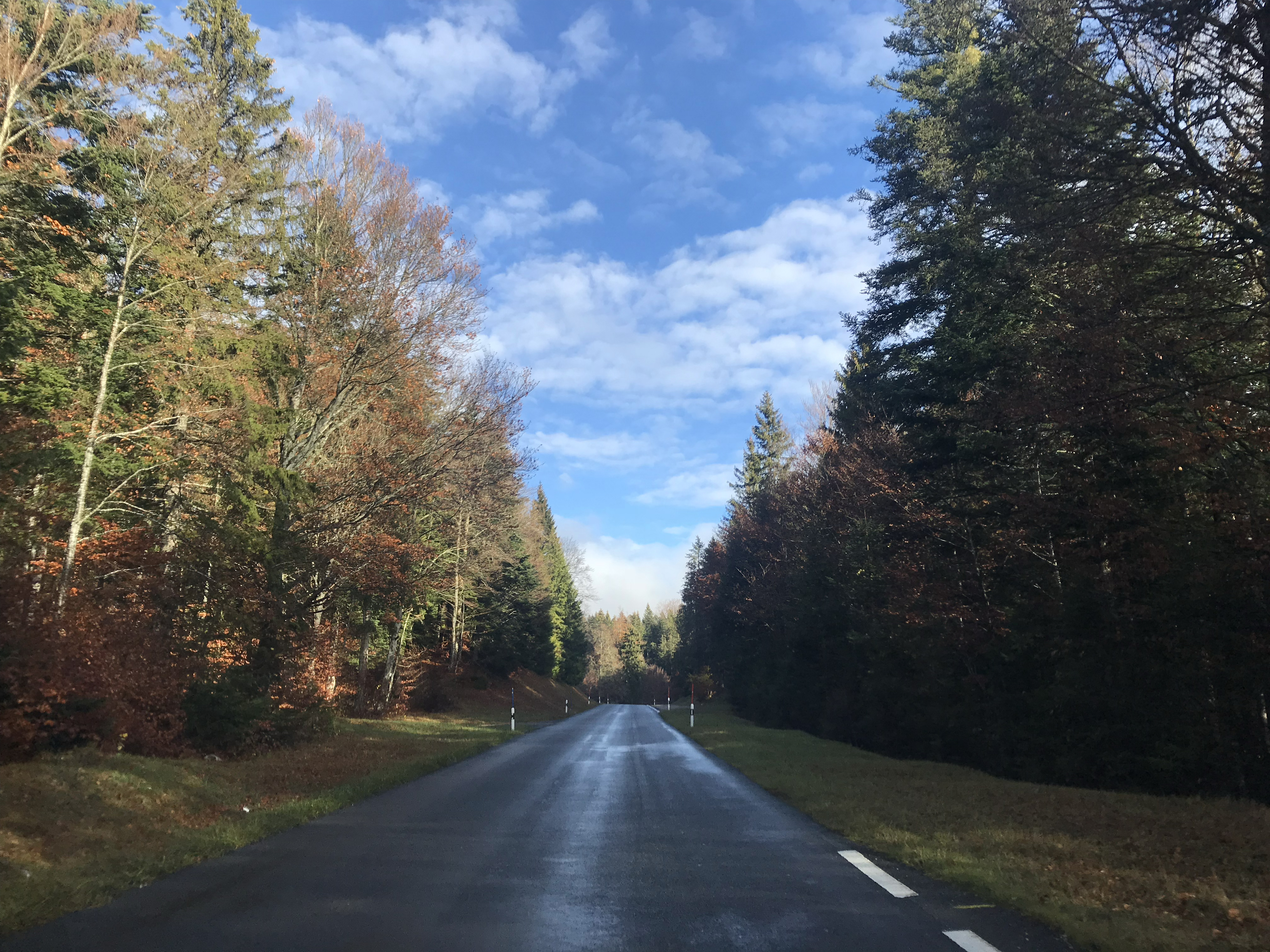